Global growth prospects are uneven across major economies, says the IMF’s latest World Economic Outlook (WEO). In advanced economies, growth is projected to strengthen in 2015 relative to 2014, but in emerging market and developing economies it is expected to be weaker.

Overall, global growth is forecast at 3.5 percent in 2015 and 3.8 percent in 2016, broadly the same as last year. But this aggregate number masks the diverse developments (see table).
“A number of complex forces are shaping the prospects around the world,” says Olivier Blanchard, IMF Economic Counselor and Director of Research. “Legacies of both the financial and the euro area crises—weak banks and high levels of public, corporate, and household debt—are still weighing on spending and growth in some countries. Low growth in turn makes deleveraging a slow process.”

Blanchard also notes that the combination of population aging, lower investment, and sluggish advances in productivity will lead to significantly lower potential growth both in advanced and emerging market economies. “More subdued growth prospects lead, in turn, to lower spending and lower growth today,” he says.
On top of these underlying forces, two major factors, both with major distributional implications, dominate the current scene: the decline in the price of oil and exchange rate movements.

Global growth in 2015 will be driven by a rebound in advanced economies—forecast to increase from 1.8 percent last year to 2.4 percent this year—supported by the decline in oil prices, the WEO notes.
Growth in the United States is projected to exceed 3 percent in 2015–16. Domestic demand will be supported by lower oil prices, more moderate fiscal adjustment, and continued support from an accommodative monetary policy stance, despite the projected gradual rise in interest rates and some drag on net exports from recent dollar appreciation.

After weak second and third quarters in 2014, growth in the euro area is showing signs of picking up, supported by lower oil prices, low interest rates, and a weaker euro.

And after a disappointing 2014, a weaker yen and lower oil prices are expected to lead to a pickup of growth in Japan.

Growth forecasts for most emerging and developing economies (with the important exception of India) are slightly worse. Growth is projected to slow from 4.6 percent in 2014 to 4.3 percent in 2015. This reflects a variety of factors.
· Oil price declines will sharply slow growth for oil exporters, especially those that also face difficult initial conditions —for example, geopolitical tensions in the case of Russia.

· The Chinese authorities’ emphasis on reducing vulnerabilities from recent rapid credit and investment growth will likely cause a further slowdown in investment, particularly in real estate.

Unlike in advanced economies, windfall gains from lower oil prices are not passed through as directly to consumers in many emerging market and developing oil importers, and this is expected to mute any boost to growth. Instead, the benefits of lower oil prices are expected to accrue more to governments (for example, in the form of savings from lower energy subsidies), and so they may be used to shore up public finances.

Growth in low-income countries as a group, however, has stayed high. Growth is expected to slow only slightly to 5½percent in 2015, from 6 percent in 2014, and then to rebound in 2016, partly thanks to increased external demand from advanced economy trading partners.

Risks to global growth are now more balanced relative to six months ago, but remain tilted to the downside. Macroeconomic risks have slightly decreased (e.g., recession and deflation in euro area), but financial and geopolitical risks have increased.

On the upside, the decline in oil prices could provide a greater boost to global growth than anticipated. Nevertheless, the following downside risks continue to remain relevant:
· A further sharp dollar appreciation could trigger financial tensions elsewhere, particularly in emerging markets.
· Disruptive asset price shifts remain a concern amid low term and risk premiums in bond markets. As the environment for these asset price configurations---very accommodative monetary policies and large output gaps in advanced economies---is changing, there is scope for surprises and strong market reactions.
· Geopolitical tensions, stemming from ongoing events in Ukraine, the Middle East, and West Africa, could generate regional and global spillovers.
· Stagnation and low inflation in advanced economies, notwithstanding the recent upgrade to the near-term growth forecasts for some of these economies, could hamper the recovery.

The WEO emphasizes that decisive policies to boost actual and potential output are needed urgently.

There is also a strong case for increasing infrastructure investment in some economies and for implementing structural reforms to tackle weaknesses laid bare by the crisis, generate investment, and boost potential output. Priorities vary, but many advanced economies would benefit from reforms to strengthen labor force participation (Japan and the euro area) and overall employment levels, given aging populations, as well as measures to tackle private debt overhang.

In many emerging market and developing economies, there is only limited macroeconomic policy space to support growth. In oil importers, however, lower oil prices will reduce inflation pressure and external vulnerabilities, and in economies with oil subsidies, the lower prices may provide room to strengthen fiscal positions.

Oil exporters, on the other hand, have to absorb the terms-of-trade shock and face greater fiscal and external vulnerabilities. Those with fiscal space can allow public spending to adjust gradually to lower oil revenues. For others with some exchange rate flexibility, a depreciation would help the adjustment.

In other countries (Brazil, India, and South Africa), reforms to education, labor, and product markets can help raise labor force participation and productivity. Finally, lower oil prices offer an opportunity to decrease energy subsidies and replace them with better-targeted programs, as well as reform energy taxation (including in advanced economies). 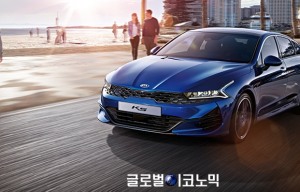 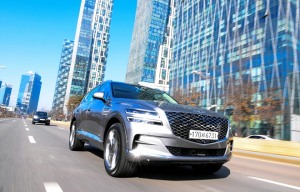